Christina Kelly
Claudine Saijo (西條 クロディーヌ, Saijō Kurodiinu) is a character in the Shōjo☆Kageki Revue Starlight franchise. She is a second-year student from the Actor Training Department at Seisho Music Academy's 99th Graduating Class, as well as second seat of the class.

Born to a Japanese father and a French mother, this talented Stage Girl already has a long career as a child actress. Upon entering the school, she meets the brilliant Maya Tendo and immediately begins a staunch rivalry [2].

Everyone has an equal chance to shine...
So, through the dance of love, I shall burn more passionately than anyone, on wings of freedom, I shall soar higher than anyone!
Second in rank of the 99th Class, Claudine Saijo! C'est moi, la star!

Claudine has wavy waist-length ash-blonde hair that she generally wears loose, she always wears a black headband, however, she does not push her bangs back with it, so they cover her forehead and deep magenta eyes.

School Uniform
Her Seisho uniform consists of a gray blazer with dark-gray trimming and a gray knife-pleated skirt, a white button-up shirt, a red ribbon tie, and brown loafers, which she wears with black thigh-high socks.

Casual Outfit
Her casual outfit consists of a light-blue blouse with puff sleeves and a deep V-neck with ruffles, black waist-high cuffed capri pants, and red shoes. Around the dorm, she wears a black short-sleeved sweatshirt with a red hood and blue shorts.

Practice Outfit
Claudine wears a pink leotard with grey leggings. The trims of the leotard are gold.

Revue Outfit
Her revue outfit comprises of a black jacket with silver piping, a standing-type collar with two silver tassels at the joint, four frogs with silver buttons at the ends, black cuff flaps with silver trimming, and a silver armband and epaulettes over a white button-up shirt. Her belt is golden with a silver buckle, and silver aiguillettes hang from it. Her skirt is a black kick-pleated skirt with a white band near the bottom, a black ribbon at the back, and a light-gray tulle dress tail. Like all the other girls, she wears black boots with golden trim detailing and a tassel, as well as a red pelisse jacket with golden piping over her left shoulder, held to a red shoulder belt by a golden aiguillette and a golden button. Her weapon is a longsword with a black gem at the base of the blade.

Claudine is pretty friendly with her classmates; she’s on a first name basis with all of them and has no trouble joking around with them. At the same time, she’s straightforward and honest. She doesn’t hesitate to call people out on their faults, such as in “First Brilliance of the Year – Takamagahara Priestesses,” where she yells at Ichie for using her self-doubt to hold back her performance.[3] She has a lot of confidence in her abilities, which she doesn't try to hide, but she continuously puts work into staying at the top.

Claudine highly values determination. In The Fiend with Twenty Faces Claudine Saijo Bond Story 1, she says, “If you truly want it, you can't waver. It's important to have the will and determination to take what you desire.” Her determination pushes her to great heights, such as in “The Fiend with Twenty Faces’ Challenge,” where she takes on Akira’s challenge to figure out her problem with Claudine’s interpretation of Twenty Faces. It is also her determination that helps her overcome self-doubt. In the anime, after losing to Maya in a Revue, Claudine decides that, even if she is no longer the best actor around, she will continue to pursue the Top Star position because she still wants to dedicate herself to acting. On the flipside, she can get frustrated when people surpass her, but she ultimately appreciates when people challenge her and welcomes competitors.

Claudine has a lot of emotional intelligence. In “Detective Karen on the Case,” she notices early on that Yachiyo, despite her nonchalant façade, is very carefully observing her and the other Seisho performers. Because of her emotional intelligence, she is able to help people with their relationships, like when she gets Fumi and Shiori talk openly during the Revue of Gemini, putting them on the path to reconciliation.

Born to a Japanese father and a French mother, Claudine is a very talented actress as she started her career as a child actor, appearing in various advertisements and TV commercials when she was young. Growing up with set expectations from the people around her, Claudine used to believe she was very special compared to the other kids her age. Along with Akira, she was one of the most well-known and talented ballet dancers in her age group.[4] But then, as she grew older and entered Seisho Music Academy of theater, she realized how limited her capabilities are when she met Maya Tendo during their middle-school audition, a "thoroughbred" genius and currently the academy's very top student in her own class.

With Hokokudo Musical
Round of Music

Claudine is always seen together with Maya despite their aggressive rivalry. In both anime and manga, she is Maya's designated partner and they are often seen practicing together during class and even privately. This is because Maya believes Claudine is the only person in the class who is capable of matching her in terms of skills and techniques. This has caused Claudine to feel frustrated most of the time, because no matter how hard she trains, she can never beat Maya and always falls second in place. But then it was revealed in episode 10 that Claudine actually feels grateful to Maya personally, and supports her to shine brighter during their Revue of Duet.

Claudine holds Maya in a very high regards, thinking that Maya is the natural selection to the revue's Top Star spot, given her pedigree. Yet when they both lost to Hikari Kagura and Karen Aijo in the final day of the revue audition in episode 10, Claudine broke down and cried as she refused to accept the outcome of the audition, ripping off her own button and blaming herself for her lack of strength in supporting Maya during her final confrontation with Karen, and shouting on stage telling everyone that Maya "never loses". Maya then walked to her slowly and spoke in French, assuring Claudine that they haven't completely lost yet because that stage simply did not belong to them.

After episode 10, both Maya and Claudine resume back into their old routine hanging out next to each other, but this time without their usual aggressive rivalry anymore.

Claudine shares a sporting relationship with Futaba in the anime, compared to the rest of the girls in the series. Due to Futaba's frankness and casual demeanor, Claudine is seen having closer friendship with Futaba in episode 3 when Futaba noticed Claudine's unusual behavior and irritation during the day in school. Futaba easily brought up Maya's name when asking her the cause of her grumpiness, and offered her a lollipop. They showed a closer bond of their friendship in episode 6, when Futaba got into a fight with Kaoruko Hanayagi and escalated their argument by moving into Claudine's room, leaving Kaoruko on her own. In the end of episode 6, when both of them finally reconciled, Futaba gave Claudine a whole stack of snacks wrapped in a big furoshiki bag as thanks.

The Rest of the Group

Claudine has a good established relationship with the rest of the group, such as Karen Aijo, Mahiru Tsuyuzaki, Hikari Kagura, Nana Daiba, Junna Hoshimi and Kaoruko Hanayagi. She always behaves casually and more calm whenever she interacts with them, sometimes even teases Mahiru by blowing into her ears, and playfully commenting how everyone "bribed" Nana in episode 3, but did the same as she also gave her share of macarons to Nana as "incentive", which got Karen calling her unfair, since she was one of the two main actors in their previous 99th Starlight play.

The Fiend with Twenty Faces

Screams Echoing Through the Night

Exhibition or Not, I'm Coming for You!

Starry Sky After the Rain

Duet in the Moonlight

[Star of the day] Claudine Saijo

[Star of the day] Claudine & Maya 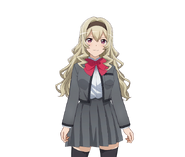 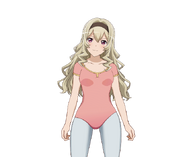 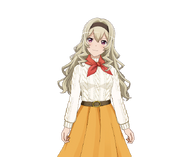 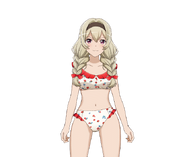 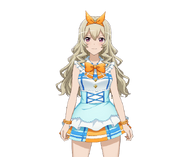 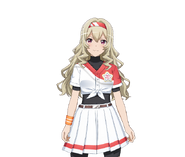 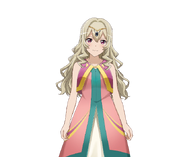 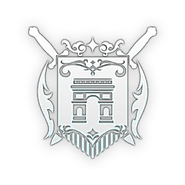