I will dash forth with fighting spirit!

Having nothing to do

Revue of Promise
Revue of Annihilation
Revue of Resentment

A highly unorthodox Stage Girl who came to Seisho Music Academy along with her childhood friend Kaoruko. Kind-hearted despite her rough words, she takes care of Kaoruko while always griping. Tiny but athletic, she shows deadly aptitude for staged swordfights.[2]

(From the anime, with Kaoruko Hanayagi)

There is a path we two have walked, one that goes between song and dance...
Yet I have found a straight path, one that rises to the night sky!
99th Class, Futaba Isurugi! I will dash forth with fighting spirit!

99th Class, Kaoruko Hanayagi! I'll have you follow me till the very end!

Futaba has amethyst eyes and amaranth-colored hair, which she wears in a pixie cut with her bangs parted on the right side, exposing her forehead. She is the shortest girl in her class.

School Uniform
Her Seisho uniform consists of a gray blazer with dark-gray trimming and a gray knife-pleated skirt, a white button-up shirt, a red ribbon tie, and brown loafers, which she wears with black crew socks.

Casual Outfit
Her casual outfit consists of an oversized caramel-colored hoodie with bell sleeves with yellow bands, which she wears with tan-colored boots. Around the dorms, she wears a rich-green-colored sweatshirt with a Daruma doll patch and light-green trimming, a plain-black T-shirt, and dark-purple shorts.

Practice Outfit
Futaba's practice outfit consists of a black leotard with grey leggings. She wears a white crop top over it.

Revue Outfit
Her revue outfit comprises a rich-purple jacket with golden piping, a standing-type collar, white turnbacks with golden piping, red cuff flaps with a golden trim, and a golden armband, aiguillettes, and epaulettes over a plain-white button-up shirt. Her belt is golden with a golden buckle identical to Kaoruko's. Her skirt is a very-pale-purple knife-pleated skirt with a purple band near the bottom, a purple ribbon at the back, and a light-pink tulle dress tail. Like all the other girls, she wears black boots with golden trim detailing and a tassel, as well as a red pelisse jacket with golden piping over her left shoulder, held to a red shoulder belt by a golden aiguillette and a golden button. Her weapon is a halberd with an amethyst-colored gem at its base.

Since they were children, Futaba has been devoted to supporting Kaoruko so that she can be the first one to see her in full bloom. As a result, Futaba often takes care of whatever Kaoruko herself does not want to do, such as manual labor or driving her to school on her motorbike. Kaoruko's overreliance on her and Futaba's disappointment with Kaoruko's stagnation creates tension between them, but nevertheless they deeply care about one another and share a strong relationship.

In the anime, Futaba approaches Claudine after Claudine's defeat by Maya Tendo in their revue. From then on, they become close friends, with Claudine helping Futaba refine her dancing skills.

You Haven't Changed a Bit

Starry Sky After the Rain

Arthur, King of the Prop Room!?

Instant of Stillness and Motion

[Star of the day] Futaba Isurugi

[Star of the day] Futaba & Kaoruko 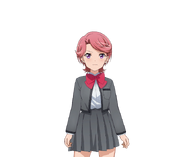 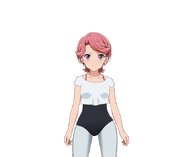 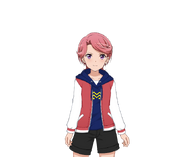 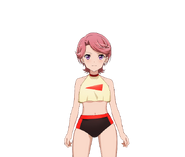 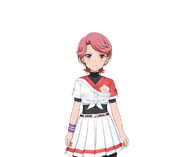 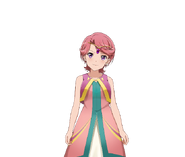 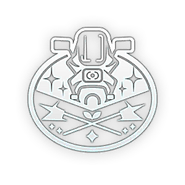