Our world isn't frozen – it's colorful!

Seiran General Art Institute Stage Department Performance Major, Sub Leader. Nana's junior high school friend. She tried to perform with Nana, but wasn't able to after incurring the resentment of the other members of the chorus team. [2]

With the past and present dyed in white, let the rain of new beginnings fall.
Seiran General Art Institute Stage Department Performance Major—Hisame Honami!
I will raise a storm again today!

Hisami has light brown hair that is tied up into a ponytail with a yellow and white scrunchy. She has blue eyes.

Her school uniform consists of a plaid blazer of red, blue, and purple stripes. There are two buttons that close the blazer at the stomach. The Seiran school emblem is on the right breast of the blazer. Underneath the blazer she wears a white button-up shirt with a black tie. Her skirt is a plain brown one. She wears thigh-high black socks and black flats.

Hisame's practice/casual outfit consists of a hoodie, shirt, and shorts. The hoodie is black and blue. The main body is blue, leaving the hood and sleeves black. There are three blue lines on the upper sleeves and the cuffs are also blue. On the left shoulder, it bears the Seiran school symbol as well as letters spelling out "Seiran" going down the sleeve. Hisame wears the jacket unzipped upside where the bottom is undone while the top is closed. Underneath she wears a white shirt and black shorts.

Her Revue outfit consists of a black and white jacket. The zipper is reversed and it keeping the top closed while the bottom of the jacket it open. The sleeves have zippers on them as well. The jacket has a collar that buttons together. On the left shoulder of the jacket there is a yellow band around it. Underneath her jacket she wears a frilly white shirt with a belt over the bottom of it. The ends of the shirt are split apart. She has light grey fingerless gloves. She wears a blue skirt with white ends. The skirt has frills of blue on the ends, but the rest is smooth. Attached somewhere on her back is a translucent fabric that goes down to her knees from her back. She has black thigh-high socks with three stripes of blue on the top. She wears grey combat boots with black laces. On her shoulder she has another translucent fabric with a design on it. On top of the fabric is a metal plate attached to her body by a strap around her shoulder. Keeping her hair tied up is a skinny black bow with white dots.

Hisame was born into a family of musicians, and she learned how to play the piano from her mother and the violin from her grandmother.[4] She attended the same middle school as Nana Daiba and was part of its chorus club. She was also temporarily part of her middle school's theater club but ended up leaving. Eventually, she made her way to Seiran General Art Institute, where she befriended Koharu Yanagi and Suzu Minase,

Hisame met Nana after picking up pages of her script that fell out the window. Nana compliments Hisame's singing voice, which she always hears when their middle school's choir club is practicing, and invites her to join the theater club. Though she does not admit it, she finds herself having fun practicing lines with Nana. However, the time she spends there results in her relationship with the choir club becoming strained. After they manipulate Hisame into believing her acting is inferior to Nana's, she decides to quit the theater club, much to her own regret.

Hisame confronts Nana about this years later, during the Revue of First Snow, and is shocked when Nana tells her that she feels no resentment about her decision to quit. Unable to fight off the feelings that overwhelmed her, Hisame loses the battle to Nana and Junna Hoshimi. Later, she formally repairs her relationship with Nana and expresses her gratitude to have met her again before returning to Seiran.

[Star of the day] Hisame Honami 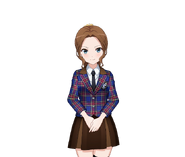 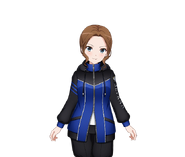 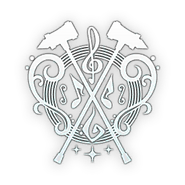