I'll take hold of a star of my own!

Revue of Passion
Revue of Desire

A top student who serves as the class representative. Has great decision-making and analytical skills, but is prone to overthinking. After choosing to pursue acting against her parents' wishes, she now frets over the gap in skill between herself and those with natural talent like Maya.[2]

People have stars they're destined for. Glittering stars, morning stars, shooting stars.
Even if I can't see my star, I'll look up from this day on.
Junna Hoshimi, 99th Class! I'll take hold of a star of my own!

Junna has jade-green eyes and slightly wavy plum hair, which reaches to her chest. Her hair is generally styled in a low ponytail that rests on her right shoulder, tied with an accessory with two jingle bells on it, and her bangs are swept to her left side.

School Uniform
Her Seisho uniform consists of a gray blazer with dark-gray trimming and a gray knife-pleated skirt, a white button-up shirt, a red ribbon tie, and brown loafers, which she wears with white ankle socks.

Practice Outfit
Junna's practice outfit consists of a black leotard with grey leggings. She wears a white crop top over her leotard.

Revue Outfit
Her revue outfit comprises a navy-blue jacket with golden piping, sky-blue flaps with golden piping and buttons, red cuff flaps with a golden trim, and a golden armband and epaulettes over a plain-white button-up shirt. Her belt is golden with a golden buckle. Her skirt is a sky-blue knife-pleated skirt with a white band near the bottom, a sky-blue ribbon at the back, and a light-blue tulle dress tail. Like all the other girls, she wears black boots with golden trim detailing and a tassel, as well as a red pelisse jacket with golden piping over her left shoulder, held to a red shoulder belt by a golden aiguillette and a golden button. Her weapon is bow and arrows, with the bow having a jade-colored gem at the tip.

Junna is an honor student who possesses great analytical skills, and excels in studying. She chose the path of a stage girl even though it was against her parents' wishes. While she is very skilled, like all the rest of the girls in attendance, Junna frequently worries about falling behind other stage girls, wanting to stand out and get a leading role. She greatly fears becoming "just another face in the crowd".

Though she does play the part of a strict honors student on occasion, Junna is shown to have fun with the other members and even participate in rulebreaking for their sake, such as during the events of episode 4, where the girls attempt to cover for Karen and Hikari staying out past curfew. In episode 9, she believes Nana is a true stage girl. Junna is also very earnest about her role as class rep not just academically, but socially. She wants the others to rely on her and ask for help if they need it.

Junna was very immersed in academics from a young age since her parents wanted to guarantee her a stable future. However, at age eight, Junna watched a play and was enamored by the possibility for her to stand out as an individual on the stage.[3]

Junna has a long-standing fear of failure, due to not considering herself to be naturally talented and having started out in performance arts comparatively late in life. When they come head to head in the revue auditions, Karen assuages her fears that losing once would hinder her ability to stand on stage again, as the nature of theater itself is that actors are reborn with every new performance. After that, they become friends, with Karen giving Junna the nickname "Junjun."

The two appear to have a great amount of respect for each other, and Junna believes Nana is a true stage girl.

So Many Frogs to Choose From

A Moment in the Living Room

The Phantom and Christine

Wrapping Up the Year

[Star of the day] Junna Hoshimi

Revue of Wisdom and Attachment

Revue of High Priestess and Devil 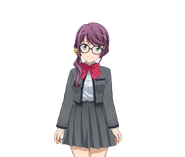 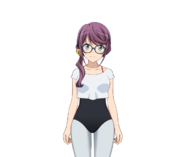 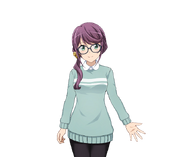 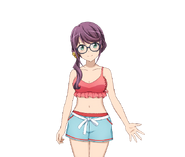 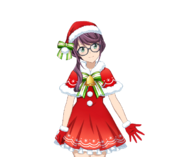 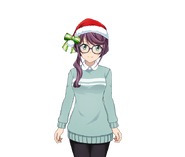 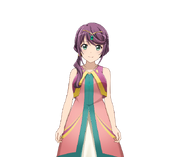