I was the one... who was always by your side.

Though she sings and dances her heart out on stage, this Stage Girl is normally withdrawn and contemplative. She admires her roommate Karen's cheery and outgoing nature, but her feelings are put in a difficult place when Karen's old friend Hikari shows up.[2]

I adore the shining stage, but... I love it even more when you shine.
In a duet that goes round and round, I hope we can dance together, forever.
99th Class, Mahiru Tsuyuzaki! I was the one... who was always by your side.

Mahiru has straight waist-length midnight blue hair that has blunt ends, as do her bangs, which cover her forehead, she ties off two small even sections of her hair in a way that makes them stick out like antennae and slate blue eyes.

School Uniform
Her Seisho uniform consists of a gray blazer with dark gray trimming and a gray knife-pleated skirt, a white button-up shirt, a red ribbon tie, and brown loafers, which she wears with black crew socks.

Casual Outfit
Her casual outfit consists of a pale pink overall dress with a deep V-neck, under which she wears a pale-yellow shirt with trumpet sleeves, and her shoes are red canvas shoes. While in the dorm, she wears a long pale yellow cardigan over a T-shirt and black leggings.

Practice Outfit
Mahiru's practice outfit consists of a black leotard with red straps, which she wears with white tights. Over the leotard, she wears a loose white shirt that goes down to her waist.

Revue Outfit
Her revue outfit comprises a rich green jacket with golden piping, a standing-type collar with a white cravat, pale yellow turnbacks with golden piping, red cuff flaps with a golden trim, and a golden armband, aiguillettes, and epaulets over a plain white button-up shirt. Her belt is golden with a golden buckle. Her skirt is a green knife-pleated skirt with a white band near the bottom, a green ribbon at the back, and a light green tulle dress tail. Like all the other girls, she wears black boots with golden trim detailing and a tassel, as well as a red pelisse jacket with golden piping over her left shoulder, held to a red shoulder belt by a golden aiguillette and a golden button. Her weapon is a mace with an aquamarine-colored gem finial, and she occasionally uses it like a baseball bat.

Mahiru is warm, kind, and trustworthy. Behind her outward lack of self-confidence lies a quiet determination to bring happiness to those she cares for.

The overwhelming talent of the rest of the girls at Seisho makes her lose faith in her own abilities, having her instead find comfort in being somebody Karen can rely on. However, Hikari's arrival makes her despair upon being made to feel like Karen no longer needs her. Nevertheless, she is able to rediscover her own brilliance and keep on pushing forward towards her dreams.

Mahiru is a native of Hokkaido and graduated from Kitachian Junior High. Encouraged by her art-loving grandmother, who introduced her to singing, baton twirling, and stage plays, Mahiru applied to Seisho with the determination to smile with the same amount of confidence as the actresses she saw on stage[3]. However, overwhelmed by the many talented girls at the Academy, she lost confidence in herself and subsequently forgot that she was selected thanks to her own unique brilliance.

Karen is Mahiru's roommate at Seisho. Upon entering the school and seeing everyone's talents, Mahiru had lost confidence in herself; instead, she looked up to Karen as a shining star, and found comfort in being able to take care of Karen when she depended on her. Hikari's return, and Karen's subsequent increased efforts, made Mahiru jealous that Karen was no longer looking at her or relying on her. However, Karen's reassurance that she has her own brilliance and a warmth that would make anyone smile encourage her to remember what initially drove her to attend Seisho. Despite losing to Karen in the revue auditions, and her not yielding on her promise to Hikari, Mahiru comes to the conclusion that she loves her nonetheless. Eventually, Mahiru becomes friends with Hikari and Karen both, once again being somebody they rely on.

Mahiru is initially reluctant about letting Hikari room with her and Karen, and feels mounting jealousy towards the way her return has affected Karen. Hikari, however, appears indifferent to Mahiru's negative feelings, and agrees with Karen's assessment about the brilliance and warmth that make her shine. Eventually, Mahiru also becomes somebody Hikari can rely on, with the less serious sides of her also showing up when they're together, and Mahiru ends up taking care of Hikari like she does with Karen.

A Mild-Mannered Girl's Getting Heated Up!

A Sunny Day for Laundry

Just the Thing After Practice

A Moment in the Living Room

Until the Others Arrive

Present for the Detective

Dance for the Gods

Back to the Renaissance 2019

[Star of the day] Mahiru Tsuyuzaki 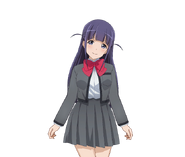 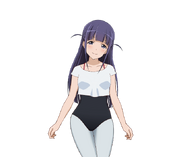 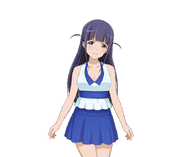 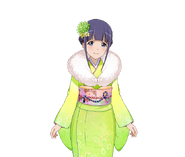 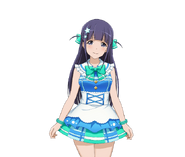 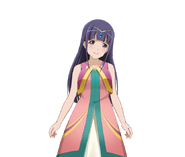