Tonight, I will show you my brilliance!

Revue of Pride
Revue of Fate

Olivia Swasey
Maya Tendo (天堂 真矢, Tendō Maya) is a character in the Shōjo☆Kageki Revue Starlight franchise. She is a second-year student from the Actor Training Department at Seisho Music Academy's 99th Graduating Class, as well as head of the class.

Practically born for the theater world, with a renowned stage actor and a prima donna for parents. Blessed with a good physique and a carrying voice, she refuses to rest on her laurels and always strives to reach greater heights. Many call her "Maya-sama".[2]

The shine of the moon, the love of the stars...
I will gather that outpouring of light, now, and send it to your heart!
Head of the 99th class, Maya Tendo! Tonight, I will show you my brilliance!

Maya has thigh-length straight brown hair that is generally styled in a half ponytail, bangs swept on the right side where it exposes her forehead on the left side, two strands of hair that go just below her shoulders are left out of her updo that frames her face, blunt ends at the bottom, she always ties her hair with a deep-periwinkle-colored ribbon and she also wears two crossed pairs of barrettes on the left side of her bangs and royal purple eyes.

School Uniform
Her Seisho uniform consists of a gray blazer with dark-gray trimming and a gray knife-pleated skirt, a white button-up shirt, a red ribbon tie, and brown loafers, which she wears with black knee-high socks.

Casual Outfit
Her casual outfit consists of a red short sleeved button-up dress with a black collar and yellow and black trimming, which she accessorizes with a black belt and wears with white ankle socks and black Oxford shoes. She also wears white capri pants and a gray knitted sweater to lounge around the dorm.

Revue Outfit
Her revue outfit comprises of a black jacket with golden facing and piping, a standing-type collar with a golden tassel at the joint, five frogs with golden buttons and tassels at the ends, golden cuff flaps, and a golden armband and epaulettes over a white button-up shirt with golden buttons. Her belt is golden with a silver buckle. Her skirt is a gray knife-pleated skirt with a white band near the bottom, a gray ribbon at the back, and a light-yellow tulle dress tail. Like all the other girls, she wears black boots with golden trim detailing and a tassel, as well as a red pelisse jacket with golden piping over her left shoulder, held to a red shoulder belt by a golden aiguillette and a golden button. Her weapon is a rapier with a white gem for a pommel.

Maya is a very reserved person, though she isn't without her quirks. While serious and focused on her goals, she isn't one to deny hanging out with her classmates. She always wants to learn new things, not giving up on a subject until she can fully comprehend it. Described as a genius, she is talented in many aspects in regards to theater, but never rests on her former glories, aiming to rise higher. On the stage, she only has winning on her mind, and won't stray from pointing out the flaws of her opponents mid-fight, notably Karen Aijo's arrogance during the Revue of Pride.

Maya appreciates people who work hard to overcome her, personified by her praise for Claudine Saijo. She is the only one Maya bothers to bring up as an example of people worthy of battling her as Claudine had put just as much effort into reaching to be top star as she has. Maya is noted to have a big appetite, often eating as much as possible. To this end, Claudine had figured out that she was secretly dieting in a small interaction in the video game, and proceeded to assure Maya that she is just fine "exactly the way she is".

In the stage play, Maya's personality is drastically different from that of her anime counterpart. She's more self-centered as she isn't as close to her classmates, only bothering to talk to Claudine Saijo if she isn't boasting about her achievements. She responds easily to the theme of the stage and follows it no matter where it leads, to the point of stabbing Claudine in hysteria.

Born to parents who were themselves thoroughbreds, Maya's life has always been about position zero. Even in her childhood, her parents had taught her to take no breaks (or at least take as few as possible), and everything else Maya knows now as she takes the spot at the center of the stage. Consequently, Maya grew up feeling ignored if she is not in the limelight, that her only proof of existing is when she's performing.

Pont Neuf no Amegasa (The Umbrellas of Pont Neuf)

Maya respects Hikari as her peer, but initially notes that Hikari might not prove to be quite the competition others were expecting, as her eyes show a lack of brilliance. While they have differences in their interpretation of the role of Claire, they can come together in their love of said character and their understanding of each other's passion towards the stage.

Maya heavily admires the person who calls her their rival, and often hangs out with her. Undeniably, they are partners. Maya is drawn to Claudine's passion and ambition, the fire in her eyes being one of the few things that keep Maya going. Claudine gives her a reason not to be complacent in her position as number one, and she gives Claudine a reason to still work hard even after Claudine's career as a child actress. It is implied in many places that Maya is a fan of Claudine, from her owning a DVD of something Claudine had starred in as a child[3], to her singing the "I had always been looking at you" portion of their Fly Me To The Star duet instead of the other way around. It is very obvious that she looks up to Claudine and sees her as an equal, even if Maya always manages to win against her.

Koharu views Maya as her destined partner, after first seeing her at The 52nd Theater Alliance Recital and her ability to perform on stage with others, rather than alone.[4] She desires to determine what the difference between her and Maya is, and to eventually overtake her on stage.

Genie of the Lamp

Hard Work Behind the Scenes

Screams Echoing Through the Night

Exhibition or Not, I'm Coming for You!

Knights of Friendship and Sorrow

Duet in the Moonlight

[Star of the day] Maya Tendo

[Star of the day] Claudine & Maya 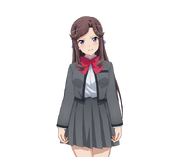 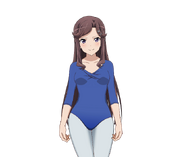 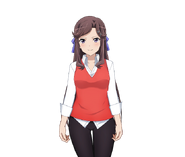 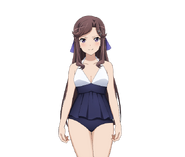 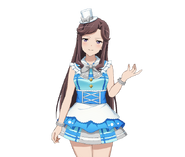 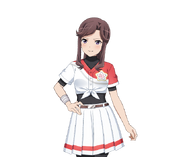 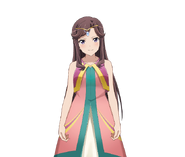 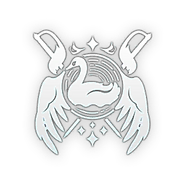