It's important to work hard every day!

Tomori Kusunoki
Tamao Tomoe (巴 珠緒, Tomoe Tamao) is a character in the Shōjo☆Kageki Revue Starlight franchise, original to Re LIVE. She is a second-year student from the Performance Department at Rinmeikan Girls School.

Good-natured and kind to everyone, Tamao is imbued with traditional Japanese ideals. She strives daily to uphold the school's traditions and its precepts of Strength, Kindness, and Beauty. Her mother and grandmother both graduated from Rinmeikan Girls School, giving her a unique fondness for the school [2].

Eternal life is but a dream — a never-ending play is but an illusion.
Destiny fickly burns, edging itself on the stage.
Rinmeikan Performance Association — Tamao Tomoe! I will blossom until there's no life in me!

Tamao has dark blue, waist-length, straight hair that has a blunt cut, as does her fringe, which is swept to the left. She accessorizes it by tying small sections of the front with red ribbons in the same tone of her school uniform's ribbon. She has purple eyes.

School Uniform
The Rinmeikan students wear a sailor-style uniform, described by Fumi as being quite retro. It consists of a waist-length black blouse has a white sailor collar decorated with a single black stripe, matching the cuffs of the bishop-style sleeves, and a chest flap in the same color of the uniform that is conversely decorated with a single white stripe. A red ribbon is worn as the traditional ornamental tie. The blouse is worn over a knife-pleated pinafore dress in black that is decorated with two golden buttons placed horizontally along its waist, making them visible through the front opening of the blouse. Tamao wears her uniform with solid black tights and black loafers.

Casual Outfit
Tamao's casual outfit consists of a slate blue checkered pinafore dress, under which she wears a white shirt with one-button cuffs and a puritan collar. She accessorizes it at her waist with a gold belt with a bow, and a gold necklace with an ornament. She wears dark tights with the outfit.

Practice Outfit
Her practice outfits consists of a pastel purple leotard dress with cap sleeves, under which she wears white tights.

Revue Outfit
Tamao's revue outfit consists of a mini kimono that fades from a lighter to a darker tone of rich purple. The collar has golden piping and a black lace han eri, and the sleeves and bottom hem have a gold band in an over-under pattern. The kimono has a front opening which shows a white skirt with box pleats and a gold band, underneath which she wears a black petticoat. She wears an imperial purple obi with golden piping on top and a bottom slit down the front, over which she wears a thick red ribbon which ties as a bow in the back and an obi-shime consisting of a gold chain with an obi-dome in the shape of a golden five-petal flower. She wears black over-the-knee boots resembling jika-tabi with a golden trim and heels, with bright red ribbons tied around the ankles and knees. Tamao wears a red spaulder with gold edges and red tassels, tied to her arm with a red ribbon and over her shoulder with a golden string, and a black cuirass with golden edges, tied to the back of her neck with a black ribbon.

Tamao has a mature, gentle, and caring personality. She works hard to shine on stage, and this dedication to her craft shows how stubborn she can be at times, especially when the situation calls for it. Tamao says that thanks to the friends she found in Rinmeikan, she has an easier time, and even has fun.

At the beginning, she tends to fuss over her friends, particularly towards Yuyuko. Tamao sometimes fixes her ribbon for her and reminds her not to overwork herself too late into the night. While she does fuss over Rui at times as well, Tamao is more inclined to ask help from her, such as in cooking, gardening, or stage-fighting.

In line with this, Tamao can be selfless to a fault, and so she tends to take on many responsibilities. She is usually adamant on finishing a task herself, to the point of exhaustion. Her friends express their concern over this, especially Ichie and Fumi, both of whom usually remind her to let them share the responsibility.

In some instances, Tamao can be sneaky if she wants to be. During their rehearsals for Rinmeikan's drama festival in their school story[3], Tamao practices two roles in secret. This is so that they won't have to sacrifice any of the original material in the script just because they are short an actor. After having been found out, Fumi joins the play so Tamao won't have to take on the two roles anymore.

Whenever Tamao is troubled over her roles, she starts cooking to clear her head[4]. Rui points out that Tamao takes very meticulous measurements of the ingredients.

Although she is smart and dependable, she is quite oblivious on the subject of 'love'. In addition, while she is graceful on the stage, Tamao can be clumsy off of it. During her spare time, Tamao loves cooking and taking care of the flowers in her school's garden. Her favorite gift is 'flower seeds'.

On several occasions, Tamao has brought up that her grandmother is her greatest influence. A few of the things she taught her are tea ceremony and flower arrangement.

Tamao's grandmother and mother were students at Rinmeikan Girl's School, and so she has always wanted to become a student there. When she was little, she watched a video of her grandmother performing on stage, and it inspired her to pursue a career as an actress. She says in one of her “my theatre” conversations that she's really happy she got to study at Rinmeikan.

At some point in the past, Tamao and Kaoruko have both studied dance together, possibly alongside Futaba as well. Apparently, they were under the instruction of the same dance teacher[7][8] some time ago, with whom both of them keep close contact.

Tamao attended the same junior high school as Rui, and they were in the drama club together.

Every new year, Tamao and Kaoruko would take part in a nationwide competition to determine the best dancer, where Kaoruko would always win and Tamao would always come in second.[9] Tamao also occasionally studied dance under Kaoruko's grandmother.[10] When the auditions first start, Tamao is so intimidated by Kaoruko's skills that she begs Kaoruko to drop out of the auditions.[11] Kaoruko's harsh refusal to drop out makes Tamao more determined to save the Rinmeikan Performance Department.[12] At the beginning of Performance Festival rehearsals, Tamao declares war on Kaoruko, which fuels both of them to work harder.[13]

Tamao views Kaoruko as a sheltered young lady, agreeing with Tsukasa's description of Kaoruko as "shy, but surprisingly doesn't hold back. She appears to be a free spirit, but pays close attention to her surroundings."[14] She admires Kaoruko's skills in dancing[15], but she may have felt frustrated always coming in second to her.[16] When talking to Kaoruko, Tamao shows a less demure, more antagonistic side to her, to the surprise of some.[17]

Fumi and Tamao grow to trust each other deeply and work together closely, with Tamao calling Fumi "her most trusted samurai"[18] and comparing their bond to Faust and Mephistopheles's contract[19]. Fumi is the first person Tamao recruits to perform Rinmeiki with her despite knowing her for the least amount of time, since she trusts Fumi's strength and judgement.[20] While she suspects Fumi may have different motivations than her for reviving the Rinmeikan Performance Department, Tamao sees value in their shared losses and desires to get back on their feet, and she greatly respects Fumi's acting abilities.[21] Tamao often plays the role of mediator between Fumi and Ichie and helps Fumi calm down when Ichie annoys her.

Tamao balances out Ichie's rambunctiousness by being a voice of reason.[22] Even though they are in the same year, Tamao tries to look out for Ichie, such as when she picks Ichie to be the guest performer for "Takamagahara Priestesses" in order to help her act without restraints.[23] Although Ichie's antics can stress her out, she largely trusts Ichie, and Ichie's unique ideas often help Tamao get a better handle on her roles.[24][25]. Tamao admires Ichie's cheerfulness and takes note of how she's perceptive of other people's emotions.[26][27] Ichie's enthusiastic love and support of Tamao helps Tamao see past her loneliness and realize that her friends care about her a lot.[28]

Tamao met Rui in junior high school and has considered her a good friend ever since then.[29] Inspired by Tamao, Rui joined their school's drama club. When Tamao moved to study at Rinmeikan, it was Rui who took over the club.[30] Since junior high, Tamao has worried that her expectations of Rui's acting limit Rui's growth and individuality as a stage girl.[31] As a result, Tamao hesitates to involve Rui in her plans, creating secrecy and a lack of proper communication between the two of them.[32] However, as Rui grows into herself as a stage girl. Tamao begins to worry less about inhibiting Rui's growth.[33] In the Revue of Salvation and Rebirth, Tamao recognizes Rui as someone who has changed and grown up.[34]

Tamao and Rui tend to get along with each other and work harmoniously. They typically spend time together tending to the plants in the school garden or cooking. However, since they are always looking out for the other, they put themselves in greater positions of vulnerability, weakening their strength both as individuals and as a duo.[35] Tamao thinks of Rui as "shy, but [...] a very strong person inside"[36] and acknowledges Rui's strength in stage fighting.[37] Rui's growth motivates Tamao to work hard and grow as well.[38] Even when Tamao is occupied with her own duties, she worries about Rui[39] and wants her to thrive as much as possible.[40] Tamao is seemingly oblivious to Rui's infatuation with her.

Tamao and Yuyuko consider each other allies.[41] Tamao often worries about Yuyuko's improper behavior and sleeping habits.[42] Like with Rui, Tamao worries about pressuring Yuyuko into helping her, which can manifest itself in Tamao withholding information from her, such as when she did not tell Yuyuko about her plan to perform Rinmeiki.[31] Tamao acknowledges Yuyuko's dedication to Rinmeikan[43] and sees her as a peer who she can go to for advice[44] Tamao likes to hear Yuyuko talk about her interests[45] and eagerly praises Yuyuko's talents despite Yuyuko's embarrassment[46].

Keepers of the Peace

A Little Friend on a Snowy Day

Fun on a Day Off

Cherry Blossoms in the Bento

For Our Special Place

[Star of the day] Tamao Tomoe 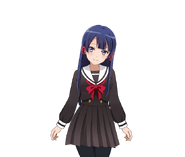 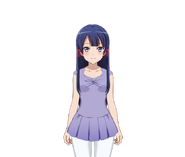 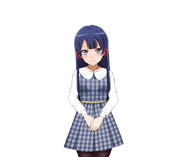 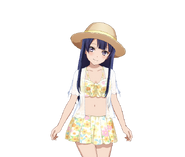 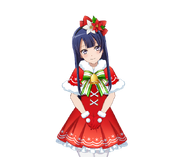 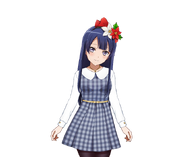 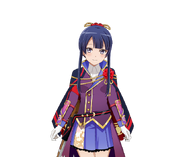 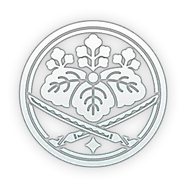