Let's see if we can take our performances to the next level!

Tsukasa Ebisu (恵比寿 つかさ, Ebisu Tsukasa) is a character in the Shōjo☆Kageki Revue Starlight franchise, original to Re LIVE. She is a second-year student from the Stage Expression Course at Frontier School of Arts.

While she strikes some as fun-loving and shallow, her acting skills are undeniable, and she stands alongside Shizuha Kocho at the top of the class. A Stage Girl who cares about her friends deeply. Raised by a strict family, dorm life has brought out a new side of her that's all about fashion and cheap snacks [2].

How do you create a play, you ask? Let's learn it together from A, B, C!
To the CAST, the STAFF friends are FAMILY. Let's hold hands and raise the curtains together!
Stage Girl — Tsukasa Ebisu! Hearts aflutter, to Frontier!

Tsukasa has wavy neck-length orange hair with bangs swept to the left and light purple eyes.

Tsukasa's Frontier uniform consists of a white button-up shirt, a red ribbon bow, a burgundy pleated skirt with gold trim, black socks, and brown shoes. She also owns a beige sweater, but often ties it around her waist. Her accessories consist of gold jewelry and a scrunchie that she wears on her wrist. She has stated that she doesn't have any piercings, but appears to have earrings in some art.

Her casual outfit consists of a v-neck beige sweater and a brown skirt. She wears a necklace. She wears a belt tied around her waist.

Tsukasa wears a black leotard with grey leggings and an orange crop-top.

The top of Tsukasa's Revue outfit consists of a white blouse with stripes, a brown corset, and an orange jacket. The corset is open down the front with a golden rim and three golden straps holding it together. The sleeves of her jacket are open at the shoulder and held together by black laces. She wears thick brown fingerless gloves with gold trims, a single brown belt above her hips with a golden chain that wraps around to her back, and a red scarf held together by a hollow golden button with a four-pointed star in the center. The bottom of Tsukasa's Revue outfit consists of a dusty orange skirt with a white trim and evenly spaced gold buttons, thigh-high brown stockings, a dark brown belt on her left thigh, and ankle-high boots with gold heels and soles. The boots are folded over at the top to look like a collar, and the collars of the boots have a gold trim. Both boots have a gold belt below the ankle.

Tsukasa is often seen as someone who isn't serious, but she cares deeply for her friends. Due to her strict upbringing, she appreciates the freedom that comes from living in the dorm. She takes advantage of this by wearing and eating what she wants. She is shown to have confidence in her musical skills.[3]

Both Misora and Aruru have described Tsukasa as having good manners, which is likely due to her upbringing.[4]

Tsukasa grew up in a strict household and it is implied that her family is wealthy. Her parents forbid her to watch TV, but they did take her to watch plays, which left a huge impression on her and inspired her to perform in theater. Since her parents were often busy with work, they hired a housekeeper to look after her when she was younger.[5] According to Tsukasa, she "pleaded" to her parents to let her attend Frontier School of Arts.

Lalafin Nonomiya says Tsukasa was "really serious and a hard worker" in the past and that she had no experience when she first enrolled at Frontier School of Arts. Tsukasa learned quickly and started landing major roles, becoming rivals with Shizuha Kocho. She landed her first lead role in a play for a contest called S-Con, and everyone thought that they would win an award because of her. However, Tsukasa was injured right before S-Con and was not able to participate, which affected her deeply.[6]

Tsukasa admits that adjusting to dorm life wasn't easy on her. She started "hating a lot of it, and was down in the dumps" and wanted to be left alone, but this changed when Aruru Otsuki and Misora Kano reached out to her.

Tsukasa's first meeting with Aruru was when Aruru nearly bumped into Tsukasa in the cafeteria.

Misora watched Tsukasa perform at the previous year's S-Con and thought she was "amazing" and "brilliant". Misora forgets about this when she re-encounters Tsukasa in the cafeteria. While trying to convince Tsukasa to join their team, she remembers Tsukasa's performance and uses it to encourage Tsukasa to perform again.

Tsukasa has mentioned that she and Misora cook together, and once even used candy as an ingredient for cooking.

Misora has stated multiple times that she thinks Tsukasa is pretty.[7]

Lalafin had heard the rumors about Tsukasa and seemed to believe them, as she described her as a "maverick", and expressed concern when Shizuha Kocho picked Tsukasa for the team. However, Lalafin was aware of Tsukasa's skills as a performer and admitted that they needed her on the team, agreeing to help Aruru Otsuki and Misora Kano convince Tsukasa to join them.

The extent of their relationship prior to the events in Frontier School of Arts Story is unknown. However, it is shown that they were rivals for a while. Shizuha was aware of Tsukasa's skills as a performer and admitted that she picked her for the team because she "seemed to be a perfect fit" for the required role.

Genie of the Lamp

Lady of the Spring

[Star of the day] Tsukasa Ebisu 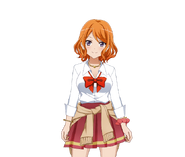 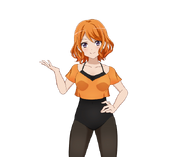 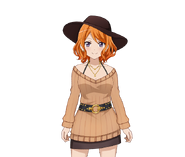 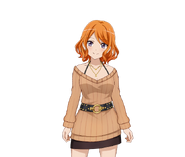 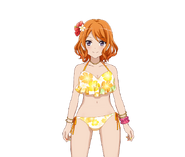 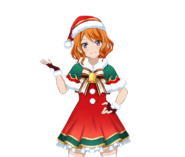 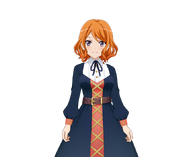